Celebrations are mostly a distinct and memorable periods in one’s life.
People celebrate for different reasons but the grandest of all is perhaps a feast to mark the attainment of a particular milestone.

For Chief Victor Igweze, however, who was recently conferred with the chieftaincy title of ‘Akajiaku’ by the traditional ruler of Ugbenu, Awka North Local Government Area, Igwe Lawrence Egwuonwu, it is a celebration of another historical and remarkable step. 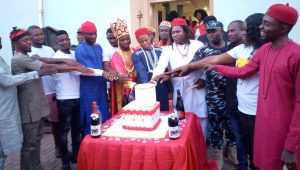 From the cultural displays that filled the air throughout the event, to the friends and relatives that came around to felicitate with the celebrant, it was an occasion that would remain unforgettable in the heart of both Chief Igweze, the celebrant and his guests.

Chief Igweze, a philanthropist from Umueri in Anambra East Local Government Area, also used the occasion to announce the launch of his charity organization, NAT Foundation, an avenue he intends to use to put smile on faces of the poor across Anambra State and beyond.

In an interview, the celebrant, Chief Igweze, said that the NAT Foundation is a platform that would be used to touch many lives and bring philanthropy close to the less privileged, especially those at the grassroots.

Some close associates of the celebrant, Mr Obioma Onuzulike and Mr Francis Akunne, described the celebrant as someone who has used his wealth to help mankind, adding that with his foundation, humanity is set to benefit from a man who has a strong passion for charity. 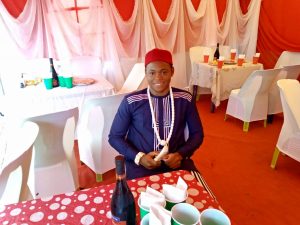 Some friends of Chief Igweze, including Mrs Chineze Alutu, Mr Micheal Okeke, and Mr Collins Anekwe, who came to celebrate with him, said that the celebrant is a man who values hard work, understands his goals in life and carries everyone along in achieving them, and prayed for God’s continuous grace and blessings upon his life.
The celebration did not go without spectacular highlights from different masquerade groups, music troupes and other socio-cultural associations.